40+ Motivational Warrior Quotes that will catch your soul

“A warrior never worries about his fear.” – Carlos Castaneda

“I’m a warrior for the middle class.” – Barack Obama

“The true soldier fights not because he hates what is in front of him, but because he loves what is behind him.” ― G.K. Chesterton

“The warrior stands, ready to defend, ready to fight for those he serves. He is a warrior of virtue, A knight of conscience. He is who we all wish to be.” ― Anthony T. Hincks

“There is no greater warrior than a mother protecting her child.” – N. K. Jemisin 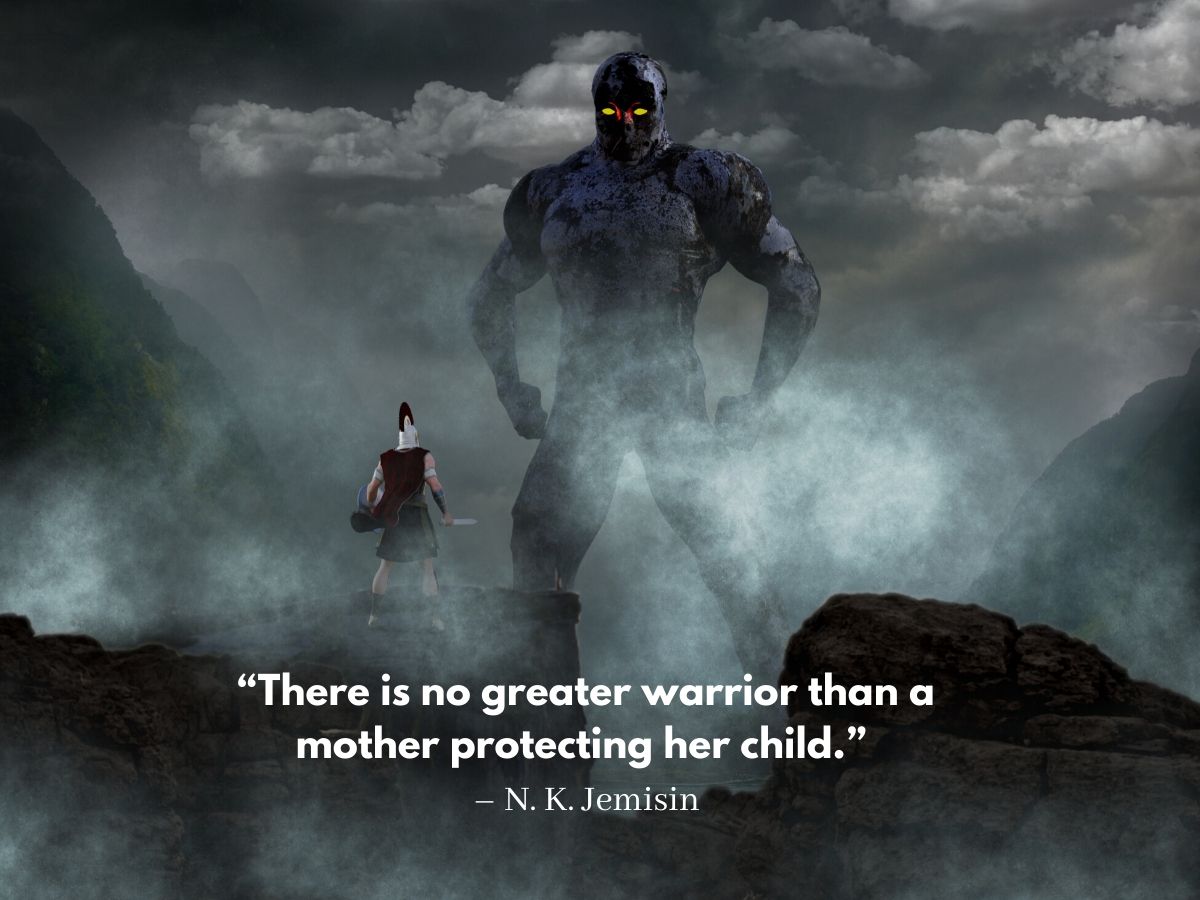 “Victory is reserved for those who are willing to pay it’s price.” – Sun Tzu

“And now, born from the ashes, she’s a warrior in bloodied black.” ― Amie Kaufman

“Every single girl, whether we want to recognize it or not, is a warrior.” – Marjorie Liu

“It is not enough to win a war; it is more important to organize the peace.” ― Aristotle

“A warrior has to believe, otherwise he cannot activate his intent positively.” ― Théun Mares

Victory is reserved for those who are willing to pay its price.” ― Sun Tzu

“We make war that we may live in peace” ― Aristotle

“Even the finest sword plunged into salt water will eventually rust.”― Sun Tzu

“Soldiers can sometimes make decisions that are smarter than the orders they’ve been given.” ― Orson Scott Card

“You never know how strong you are, until being strong is your only choice.”― Bob Marley

“Wars of pen and ink often lead to wars of cannon and bayonets.” ― Edward Counsel, Maxims

“No catalogue of horrors ever kept men from war. Before the war you always think that it’s not you that dies. But you will die, brother, if you go to it long enough.” ― Ernest Hemingway

“Before a war military science seems a real science, like astronomy; but after a war it seems more like astrology.” ― Rebecca West

“A warrior does not give up what he loves, he finds the love in what he does” ― Dan Millman

“It is a brave act of valor to condemn death, but where life is more terrible than death it is then the truest valor to dare to live.”― Sir Thomas Brown

“To be prepared for war is one of the most effectual means of preserving peace.” ― George Washington

“To be a warrior is to learn to be genuine in every moment of your life.” – Chogyam Trungpa

“A warrior accepts the challenges of life in true humility. No matter what his destiny may be, it can never be a cause for discontent, but a living challenge which it is his privilege to surmount.” ― Théun Mares

“The more you sweat in training, the less you will bleed in battle.” – Motto of Navy Seals

“Our greatest glory is not in never falling, but in rising every time we fall.” – Confucius

“A warrior does not give up what he loves, he finds the love in what he does.” – Dan Millman

“One by one she slew her fears, and then planted a flower garden over their graves.” ― John Mark Green

“Do not pray for an easy life, pray for the strength to endure a difficult one.” ― Bruce Lee

“The bravest warriors know when to retreat.” ― Maureen Joyce Connolly

“A warrior seeks to act rather than talk.” – Carlos Castaneda

“I’m a warrior when it comes to pursuing roles.” – Daniel Day-Lewis

“A warrior must only take care that his spirit is never broken.” – Shissai

“A warrior has to believe, for belief is an essential part of his being.” ― Théun Mares

“Go to the battlefield firmly confident of victory and you will come home with no wounds whatsoever.” ― Uesugi Kenshin

“Life can sometimes get the best of you but your state of mind determines your outcome.” ― Sanjo Jendayi